It was quite a volatile week. The US market went down first on Monday and rallied strongly in the middle of week until it sold off again on Friday. SP 500 index has a small gain for the week.

The chart shows the intraday price action on the S&P500 cash index. (Because of the contract rollover on Friday the June futures contract is misleading).It shows a market that is volatile — and therefore presents good trading opportunities — but directionless. It is going nowhere. 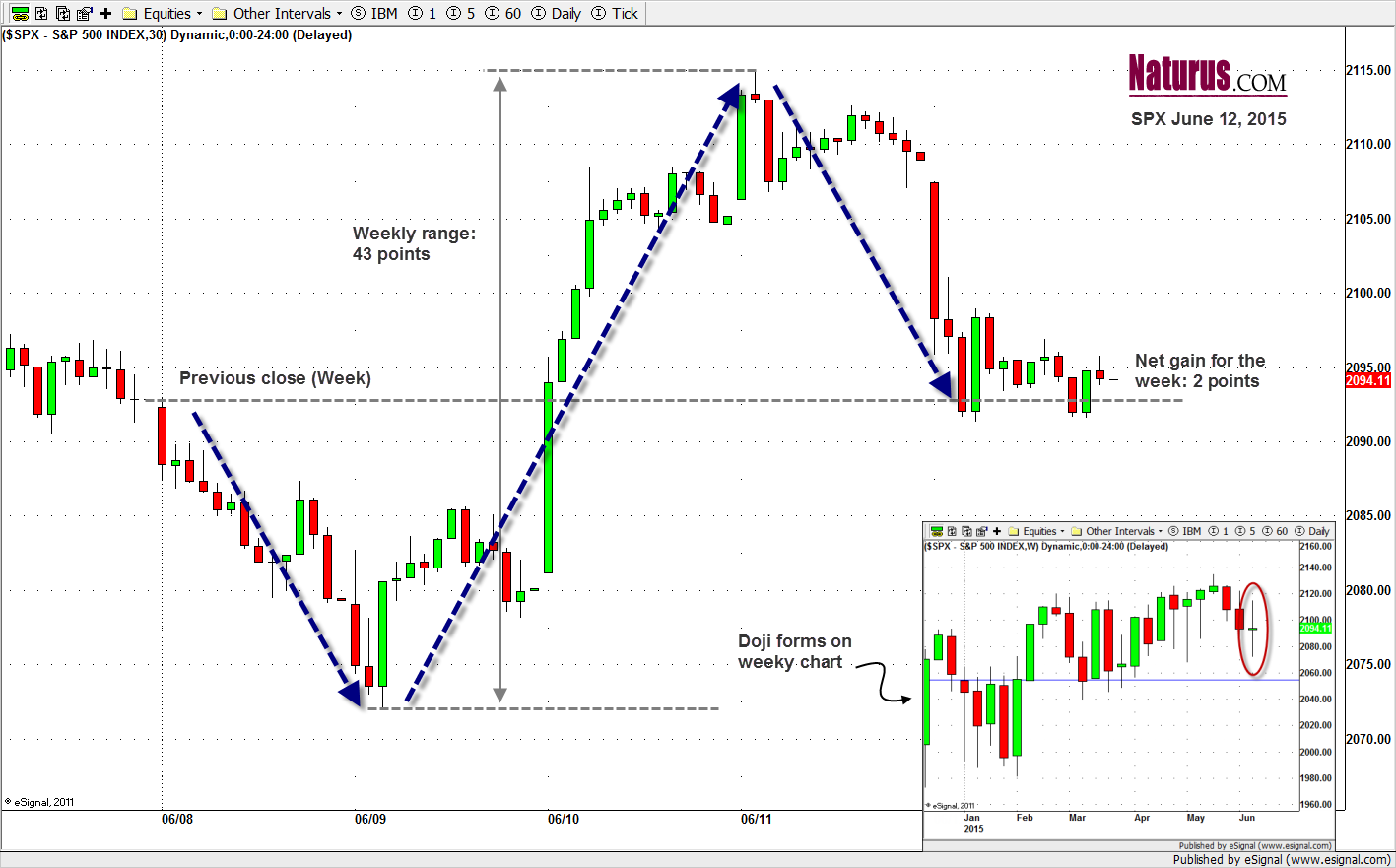 Nat continued her hedged option trades last week with good success. Both the option and the contract that was used as a hedge made money. The net profit was a little more than $700 per position and the position was open for two days.

The weekly option is based on the June contract. For this week it is American Style option, the owner can exercise the option rights any time this week.

There is also an FOMC meeting this week, and there is lots of speculation that some kind of rate increase decision may be made. We’ve seen lots of this speculation before, and it rarely results in any kind of action. Nevertheless it will move the market around this week.

Combined with the options and futures expiration, it is enough to boost the volatility once again. This will be a good week for the fresh and inexperienced to watch from a safe distance.

Here are Nat’s option calls for the week of June 15.

2075 is the option mean line this week. All strikes above it on the Calls side have large open interest volume Our system shows that ES shouldn’t close above 2135 level this week, therefore, we could look for selling Calls with the strikes in the table if ES rallies up to near 2100 level.

Puts with strikes around 2100 were also largely bought. That indicates that this area could be a major resistance zone for ES. As long as the index stays below that level the odds favor a downside move. Our system shows that ES shouldn’t close below 2020 level this week. Therefore, we could look for sell Puts at the strike prices in the table if ES drops to/below the 2075 level.