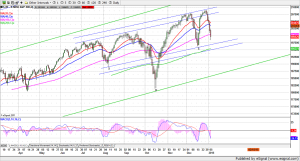 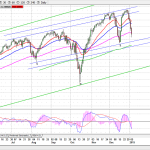 The markets were hit with a heavy round of selling on Tuesday, with all major indices deeply in the red. S&P500 suffered its first 5-day loss since Dec 2013 and ended it’s longest streak without four straight down days in 87 years.

But ES has an ultra-short-term oversold condition. If today’s ADP private employment report – which will be released in the pre-market session – is better than expected, ES may remain in a low area until Thursday. Alternatively, the ES could attempt to bounce if the report is very bad.

In any case the ES hasn’t walked outside its short-term downtrend yet. An oversold bounce can’t be avoided, but we don’t think the bounce will last very long. As long as ES stays under 2008.50, we still should focus on short side.