Last week the S&P500 mini-futures, the underlying security for the options we sell, opened high and stayed there most of the week. The futures dropped at the end of the week, but never got high enough to trigger our Calls trade.

The external events, especially the dump in the gold futures Sunday night (see the Gold Swing trades for details) ended up strengthening US dollar assets in the early part of the week, until disappointing earnings from some large-cap heavyweights drove the market down.

The trigger for the Puts trade was reached on Thursday and we sold Puts with strikes at 2055, but there was only 1 day before expiration and the premiums were low. The Puts expired OTM so the trade was profitable, but the profit was limited – a small win, but a win nonetheless, and our streak of profitable trades is intact. 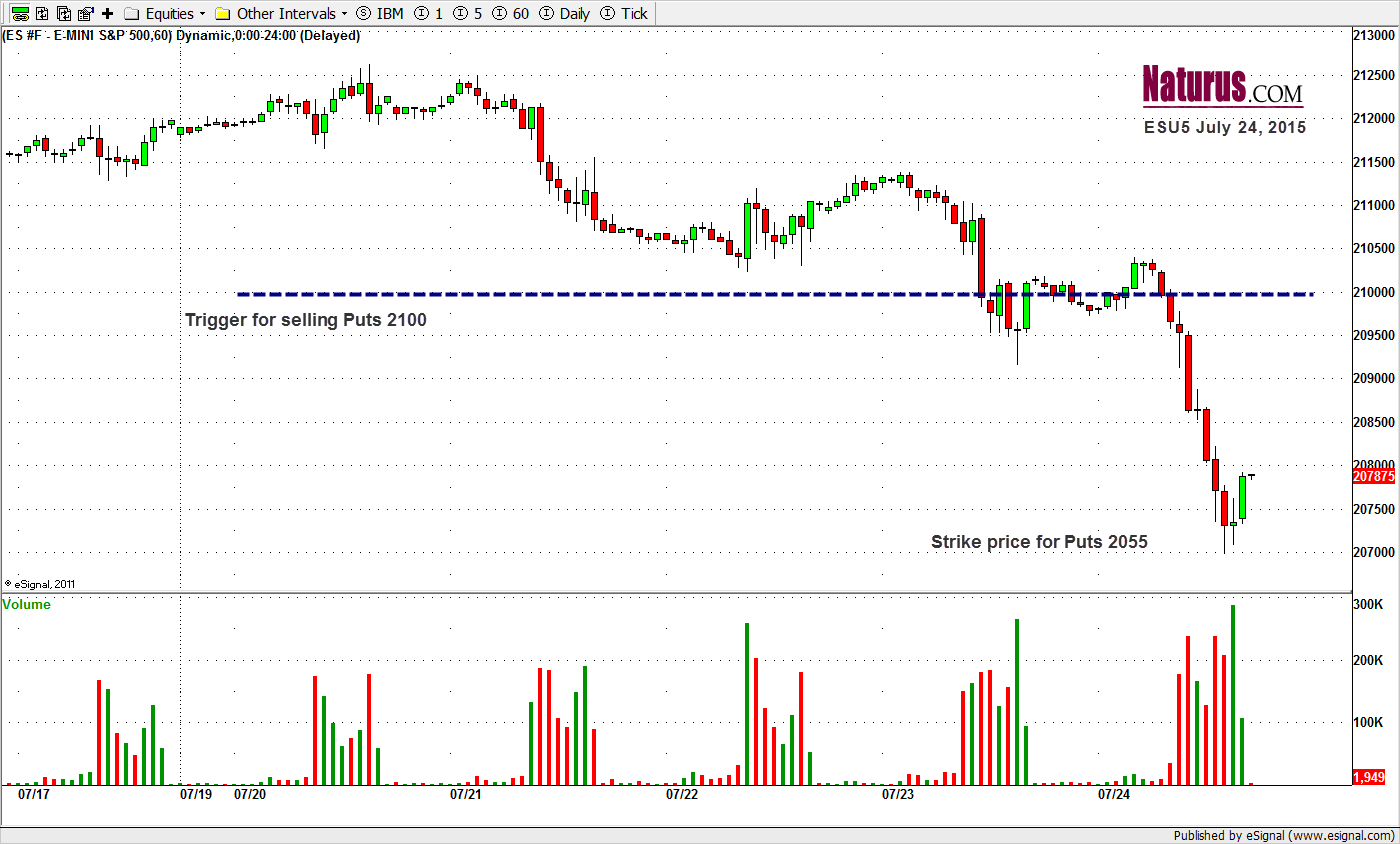 So far we have not had a losing week since we started posting option trades in this format. That is consistent with our results during the test phase of our option trades, when we had only two losing trades over 52 weeks.

This is the last week of July and we’re expecting some end-of-month volatility. 2070-60 becomes a very important zone this week, and there are several external events that will move the ES around. The FOMC minutes will be released Wednesday, and the rising US dollar – as evidenced by the fall in gold and oil prices – will cause the Fed some aggravation. The continuing decline in the Chinese stock market and the heroic efforts to halt it will also affect us.

Here’s the member content for the week of July 27.

2085 is the option mean line for this week. Above 2085 level, there is a heavy volume of calls outstanding at 2100 and 2125. which indicats those levels will be short-term resistance zones.  But the big wall should be any higher level from 2135 to 2165. Our system shows that ES shouldn’t close above 2150 level this week; therefore, we will look to sell Calls at those strike prices if the ES rallies above 2095.

There were large open interests from 2060 to 2025 strikes for the Puts. That indicates ES could fall into 2050 or below if 2062.50 level fails to hold ES up this week. Our system shows that ES shouldn’t close below 2025 level this week. Therefore, we will look to sell Puts at those strikes if ES drops below 2055.