Non-farm payrolls on Friday didn’t didn’t confirm or deny a Fed interest rate hike in September. All markets followed the oil price down and equities dropped further to close close to the close in the first week of July, which pretty well wipes out almost all of July’s gains.

Our option trades last week were all busted. The trigger for us to sell Calls was at 2110; the trigger to sell Puts was at 2060. Neither was hit. We got close to the Put entry on Friday afternoon, but by that time the premium was negligible.

The total range for the week was only 36 points, which is not enough to generate the kind of irrational exuberence that makes selling options profitable. We didn’t take any option trades last week. 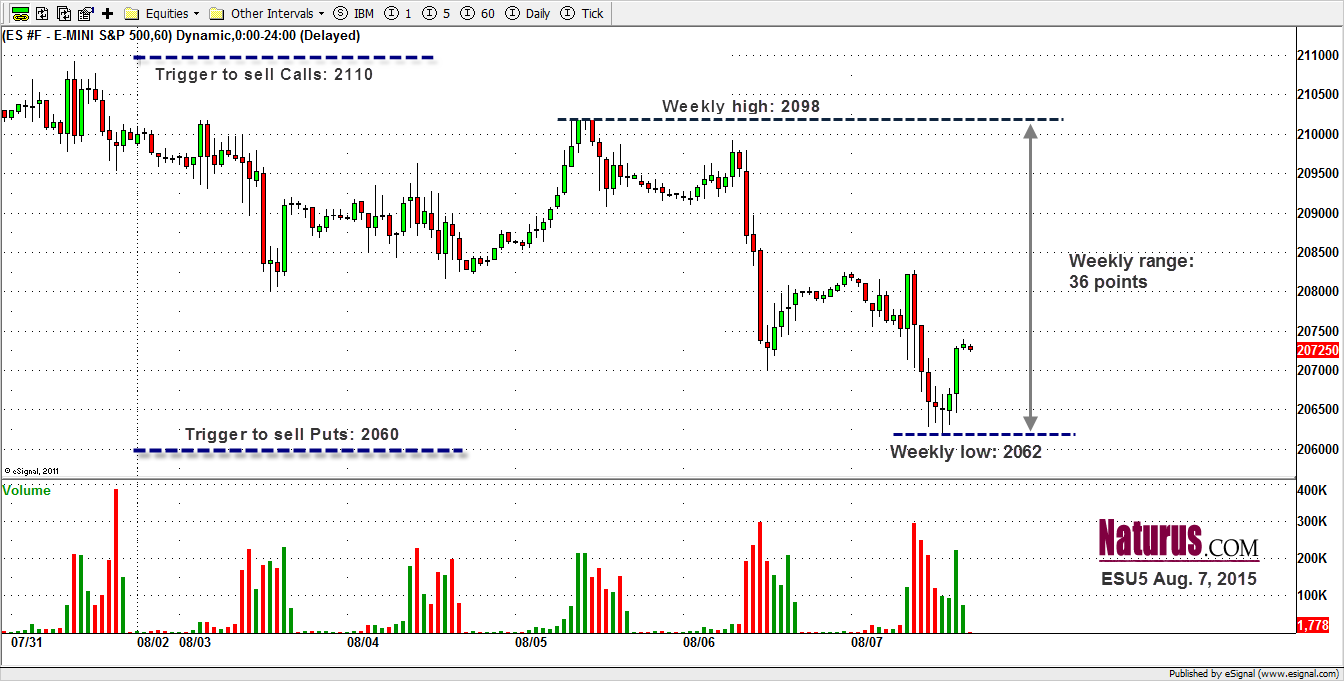 This week two Fed members will speak on Monday and Wednesday. Their remarks could result in some big price swings, which would give us better opportunities for profitable option trades..

Based on this week’s open interest:

Our system shows that ES shouldn’t close above 2125 level this week even if the price breaks through the 2100 line. Therefore, we could look for selling Calls as indicated in the table if ES rallies above 2085 level.

2055 is a control line for the ES. As long as ES holds above this control line, Puts with strike prices below 2050 become worthless. But if/when ES breaks down the 2050 level, it could cause a directional run and push the price far enough to make strikes from 2045-35 to 2005-10 expire in the money. Our system shows that ES shouldn’t close below 2000 level this week. Therefore, we could look to sell Puts at the strikes in the table if ES drops below 2055 level.

Here are Nat’s option trades for the week