Last week GOLD dropped to new 5-week lows ahead of the anticipated FOMC policy decision on interest rates this week. With little movement in other markets, the gold drop seems to be technical in nature, but the downside breakout and the close near the low are both bearish signs..

The effect is to create a series of lower lows and lower highs forming a downtrend, or in this case a continuation and extension of the existing downtrend.

So far as trading is concerned, it was a choppy week, and you had to be nimble to capture the sudden reversals. Nat’s inflection points – especially the key line and the first buy level – were good entries, but the failure to reach the key line early in the week made it difficult to trade, and the sudden large sell-offs made it difficult to time exits. A tough  week to trade unless you were monitoring the price movements intraday. 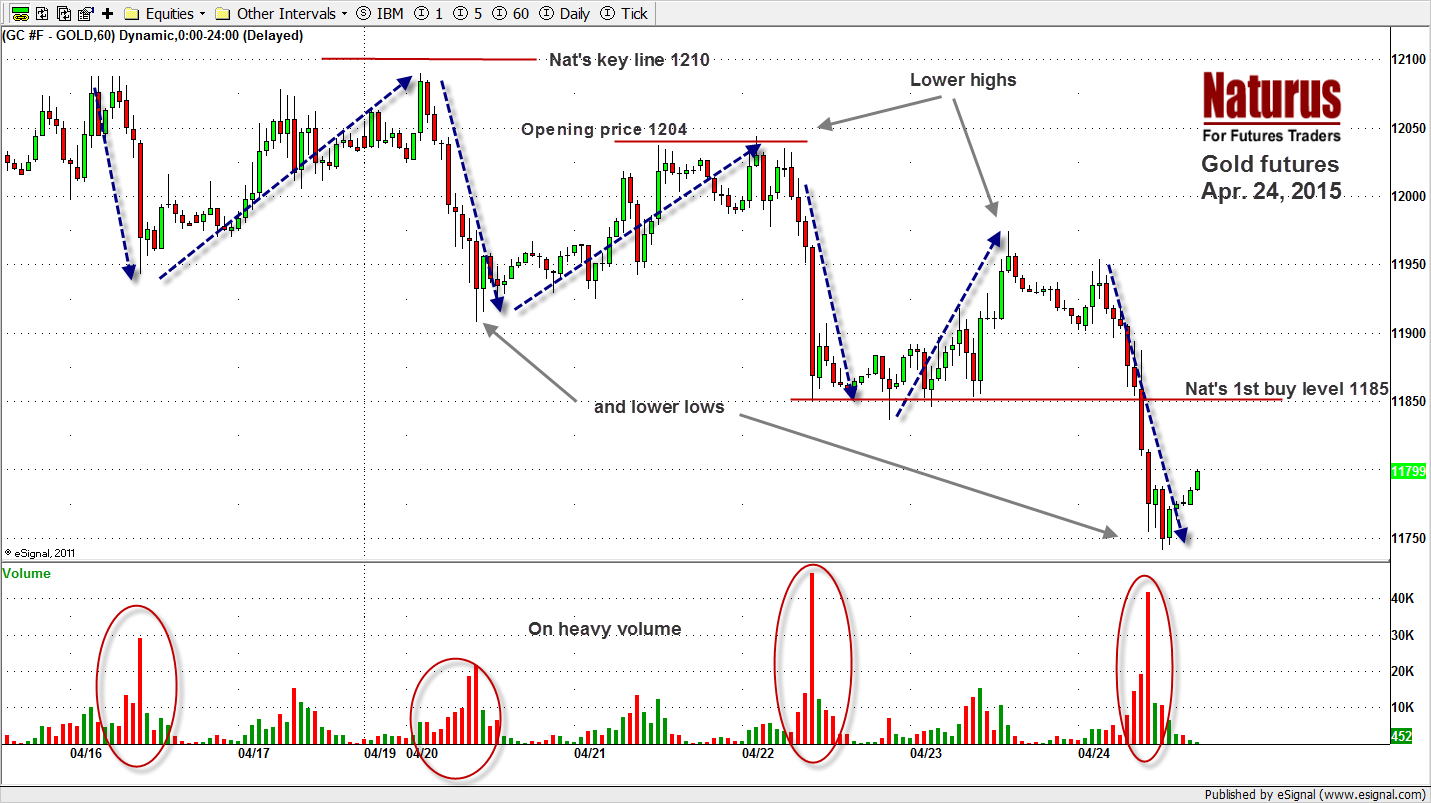 This week: Pay attention to the FOMC