Last week, GOLD had a small recovery from the prior week’s flat results. The Nonfarm Payrolls report on Friday provided a temporary boost. The Payrolls report was slightly weaker than expected, but a soft report encouraged the Street to believe there will be no interest rate increase in June, and maybe not in September. Both the equities and gold got a bounce from the lifeless economic data.

The range for the week was narrow — approximately $23 total — but there were fairly large price swings that offered decent trading opportunities. Most of the price action for the week was contained between Nat’s Key line and her first selling level.

The weekly chart looks like a doji has formed near the bottom of the downtrend, but for the last three weeks the price has been bumping along the bottom. Last week’s close at 1188.90 was a very modest $11 above the previous week’s close, which can hardly be described as a roaring rally.

Here’s the annotated intraday chart. Traders taking Nat’s posted trades could reasonably have captured about $26 per contract profit — $13 in each direction. 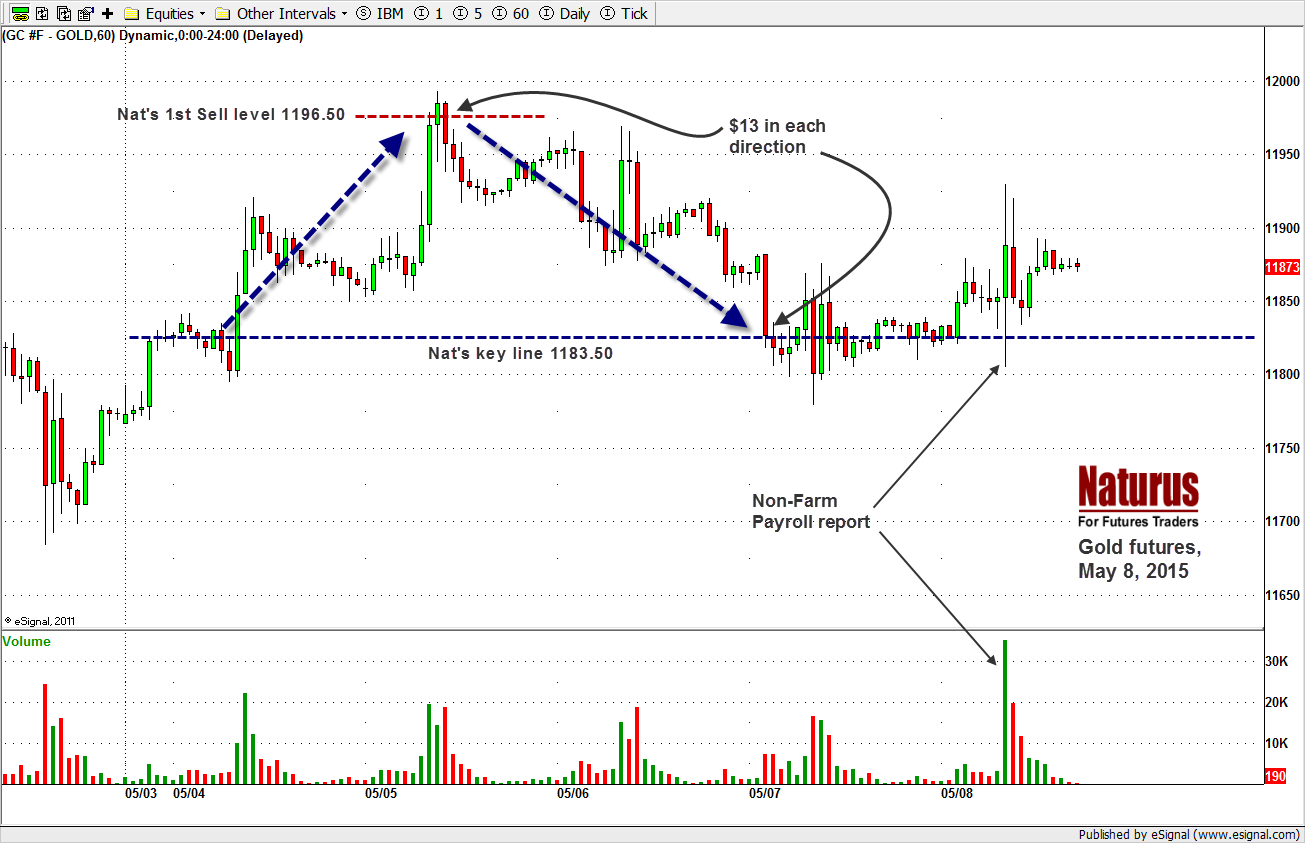