Last week: Round trip to a doji

The FOMC statement Wednesday was the main driver of the market last week. There was nothing new in the statement, except that the Street is now largely discounting the possibility of a rate increase in June.

There was no change in the language about a rate hike in the statement. But for the first time in recent years the Fed listed many weaknesses in the US economy – slowing jobs growth, weaker household spending, softer fixed business spending, slow recovery in housing and declining exports – in its statement.

That was interpreted as arguments for not increasing interest rates and support for a weaker dollar. Dollar weakness does not necessarily equate to Gold strength, however, and the indicators are that GOLD is likely to remain low.

The Gold futures made a round trip last week from Nat’s Key Line to her second sell level – it stopped 10 cents below the 1215 resistance level – and back. The effect was to form a doji pattern for the week near the bottom of a long downtrend, but with a slightly higher high and a slightly lower low. A doji sometimes occurs when the trend is changing, but the close near the weekly low is bearish.

Traders who took Nat’s calls could have captured $30 per contract in each direction. 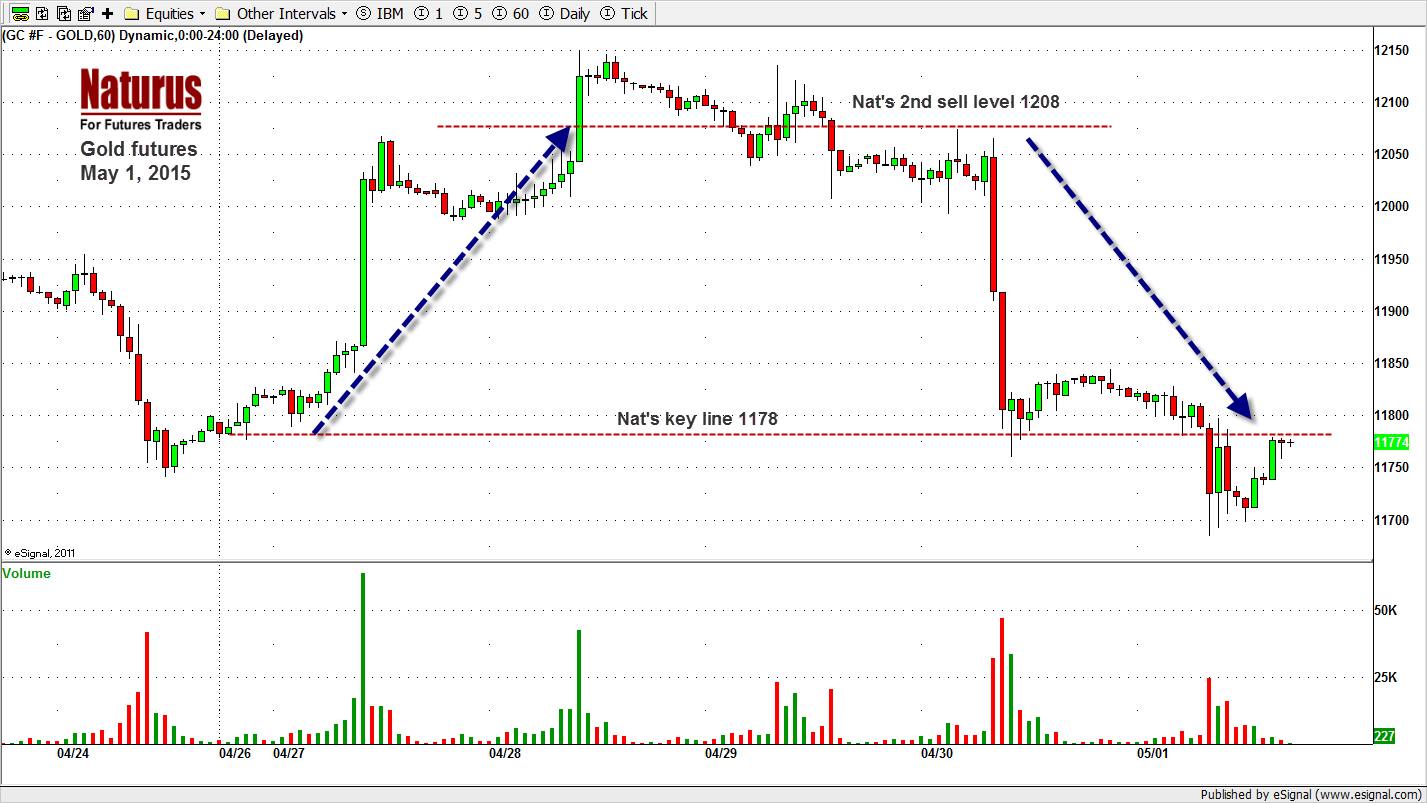