Gold had a continuation rally last week. Even though it had a small retracement after bouncing on weakness in equities (the Volkswagen news) and a speech by the Fed chair, overall it still managed to hold up a second week of gains.

The trading was proceeding peacefully until Thursday afternoon, when the Fed Chair, Janet Yellen, appeared to falter near the end of a 50-minute speech intended to reassure the market that the Fed is still in control. The opposite happened. The markets were immediately spooked, equities dropped and gold rallied.

The Fed has since declined to comment on her condition, after saying it was a momentary lapse. Ms. Yellen is scheduled to speak again this week, along with as many fed officials as could find a forum, and traders will be watching carefully for any signs of illness.

The bump in Gold late in the week was good news for traders who took Nat’s swing trades last week. A few brave souls entered long when the price approached – but failed to reach – her first buy level. Most waited until the price moved back above the pivot level, and a smaller number waited until the price moved back above her key line. They were rewarded with gains that ranged from $21 to $28 per contract, or $2,100 to $2,800 for the week.The price advance halted within pennies of her first sell level.

There was even a profitable short-side trade available, on the decline from Nat’s key line to her first buy level – less profit and more risk than the long entries, but still profitable. 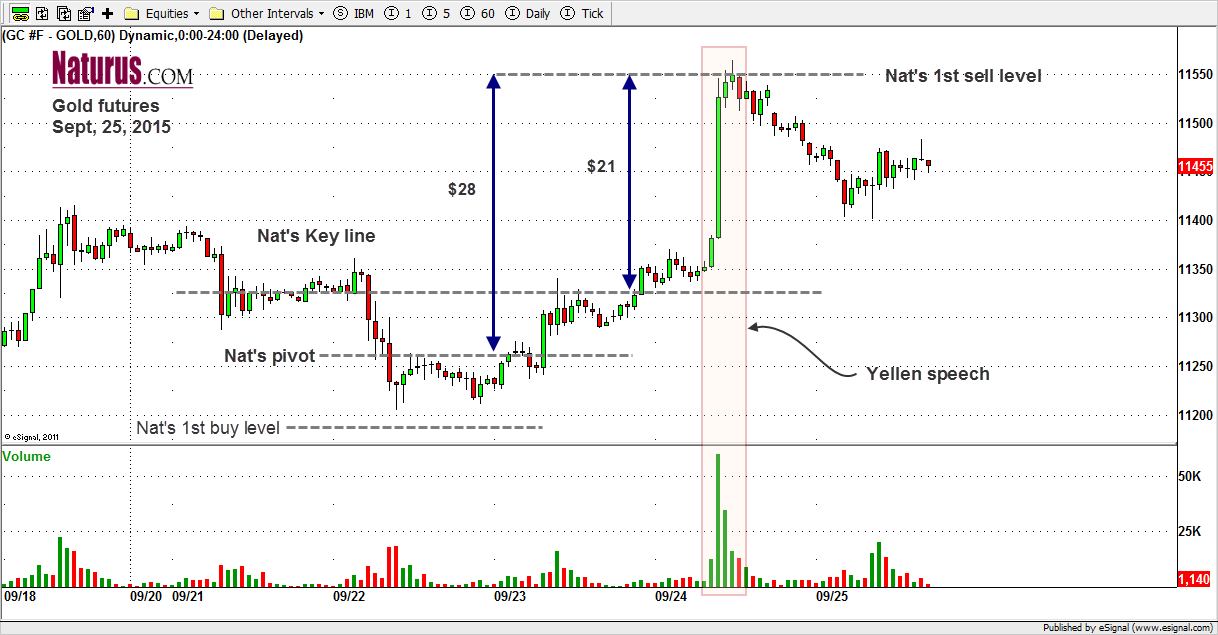 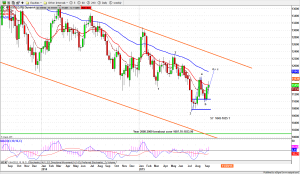 It will be a quite choppy whipsaw move for GOLD this week. There are a total of 11 Fed members giving speeches this week, including the Fed chair. There will be at least one public statement every day, plus the Non-Farm Payroll on Friday. All of those external events have the potential to move the price of gold around this week. Watch the price levels in the tables on the first page very carefully.

Based on the weekly chart, last week’s high at 1156 area will be a key line. A move above it will be bullish, and a further advance to the 1175-85 zone should then be expected. That could be the sub-wave 4 top area.

Later on we may see some decline to complete the last pullback and reach sub-wave 5 low below 1050. We can’t be sure that will happen and I doubt it will. The support formed from 1100-1080 zone last month was quite solid. It could prevent price from falling.

When all of the support zones show up in the same time frame, it is unlikely for GOLD to go below them.

This week traders should continue to look for the buy side entries if/when a pullback move occurs on a short-term overbought condition.