The FOMC minutes reported a majority of Fed members favored a hike in the interest rate in December. This time more than 70% of the people on the Street expect the Fed will actually do it this time. That is not good news for GOLD. Gold broke $1072.3, the July support level, but later managed to move back above it for the weekly closing.

Last week’s price movement was discouraging for gold enthusiasts, but profitable for traders following Nat’s calls. The price moved between her resistance and support levels almost exactly. Traders who got the full move, from her 1st resistance level to her second support got about $30 per contract on the way down and another $20 per contract on the way back up. Sweet. 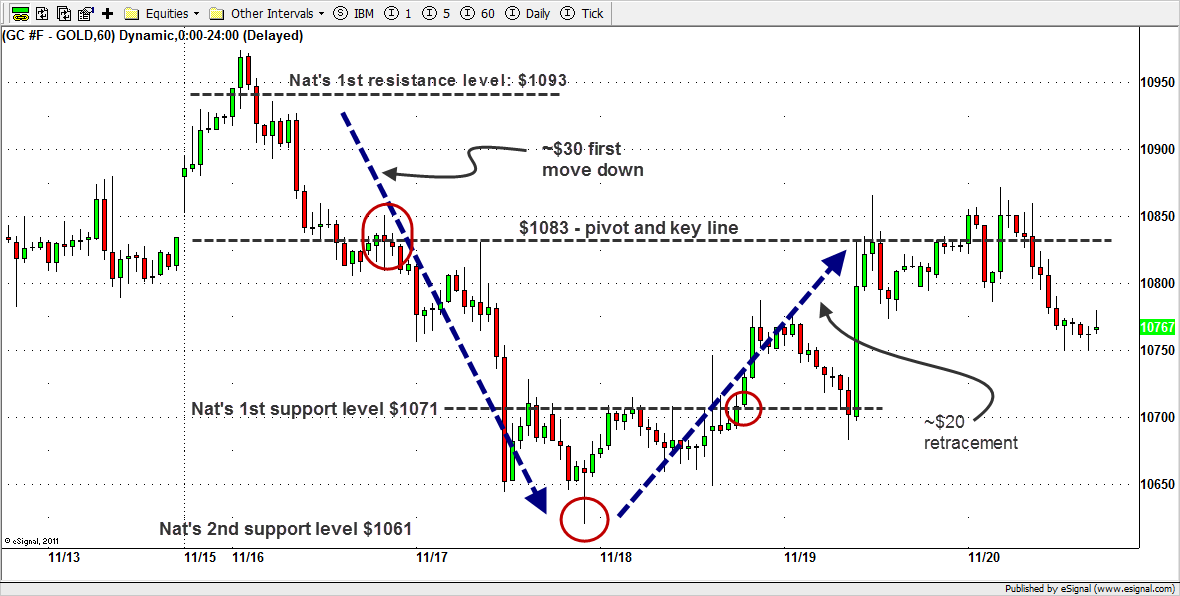 More cautious traders, who waited to enter until the price dropped below her pivot point and exited at her first support still got $10 on the way down and another $10 per contract on the retracement.

The gain for her traders ranged from $20 to $50 per contract, depending on risk tolerance. That translates to $2000 to $5000 profit for each contract. A very profitable week. 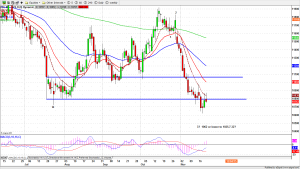 GOLD is not shining anymore at the current stage. The market sentiment for GOLD was more bearish than at any time in recent history. In short the term, the price is unlikely to move back above 1200 level. Even though there is some ultra-short-term oversold bounce, it still will not change the long-term, intermediate-term and short-term downtrend direction.

Based on GOLD daily, the two short-term major momentum lines have been strongly resisting the GOLD price from popping since they gave a short-term selling signal on Nov. 2, 2015. As long as the price stays under the $1120 level, the trend will remain down. The price could continue sliding toward the lower support near $1000.

Download the full trading plan for next week here: 151123-gold-plan