The weak retail sales and lower-than-expected PPI reports knocked GOLD price further down. There was also a continuing reaction to the prospect of a December rate hike by the Fed. But 1072.30 (July’s low) still managed to hold up GOLD for closing at 1080.90 for the week.

It was not a very profitable week for swing traders. There was relatively little volatility, with the exception of unusual trading Thursday, when the market dropped in overnight trading, bounced back once the day session opened, then slammed back down as the day wore on.

Except for that brief flurry of activity, the market just bumped along near the low established in the previous week (and not too far from the low for the year). It never reached Nat’s buy or sell levels, and closed at her mean line for the week. Traders who were actively monitoring the action in her live trade room captured a couple of decent moves, but there was relatively little available for swing traders. 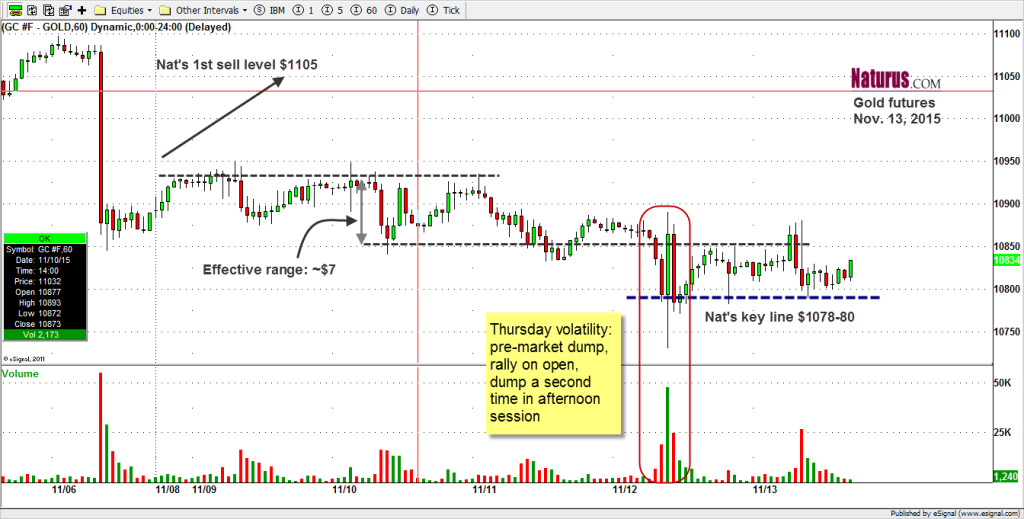 A possible interest rate increase is a big concern and will definitely be bearish for current GOLD price. The market often will react strongly and depress the price to an extreme level.

In the short term, GOLD had an extremely oversold condition last week, and posted the narrowest weekly range since the week of Aug.10. We may see GOLD continue going sideways to balance out the oversold condition while it waits for the FOMC minutes to be released on Wednesday. 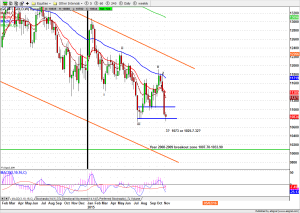 Based on GOLD weekly and daily chart, the price action on GOLD was bearish in the past days. The short-term and intermediate-term all are bearish and point the price to the downside.

1082-88 will be a key zone in the early days trading. A move above 1090.50 line could push GOLD back up to 1099-1103 for testing or higher if the FOMC minutes show no hint of a rate hike. A break below 1062 level will be bearish. A further decliner toward 1050-40 zone should then be expected. A failure to break through either support or resistance could lead the price to repeat last week’s range for consolidation.