Last week the price of gold took a big hit after Fed Chair Janet Yellen’s two days of testimony on Capitol Hill. The Fed is hinting at hiking rates in September and that prospect affected the gold market.

The price declined steadily throughout the week. It opened lower and continued down without ever reaching Nat’s Pivot Point or Key Line.

The decline broke below the 2014 low briefly and closed just below Nat’s second buy level, but never gave a good entry point for shorts. Many of the declines started in the after-hours trading, and were clearly affected by the Greek debt crisis,  It was a difficult week to trade. To see last week’s calls in detail, click here.

Here is the annotated intraday chart: 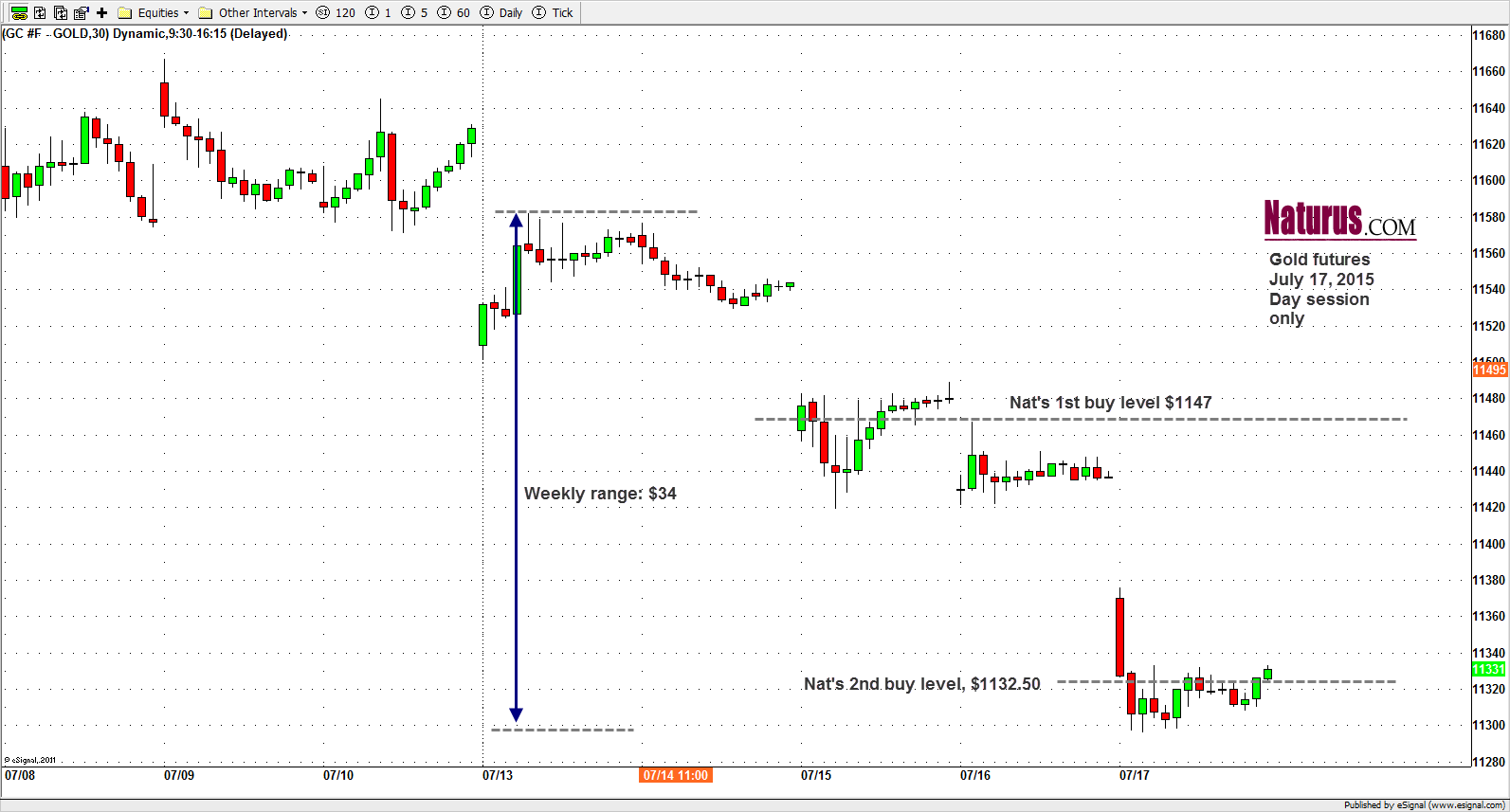 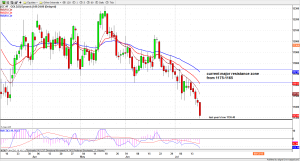 GOLD broke last year’s low at 1130.40 in intraday trading. In the short term gold will remain bearish and keep the price under the short term downtrend. There is an extremely over-sold short-term condition, and we may see a brief bounce this week. However, eventually the price will continue going lower to make new lows.

The market sentiment is extremely bearish. If the Fed hikes interest rates it will make the GOLD price decline. But we also will see some profit taking from shorts at those downside targets if GOLD hits those levels.