GOLD tested the prior week’s low, but later regained its support level $1072 on Friday in reaction to the ECB stimulus plan and better than expected Non-Farm Payroll data in the US.. It closed with a 2.6% net weekly gain.

The headline for the non-farm payroll report Wednesday was good, and led traders to assume the Fed will probably hike rates this month. But if we take a close look, some of the numbers are a little suspect. a rate increase in December is not a certainty.

It was a terrific week for Nat’s traders. Her weekly swing trades captured three successive moves that totaled about $6,600 in profit for traders who caught all of each move. That is close to the best result for the year. 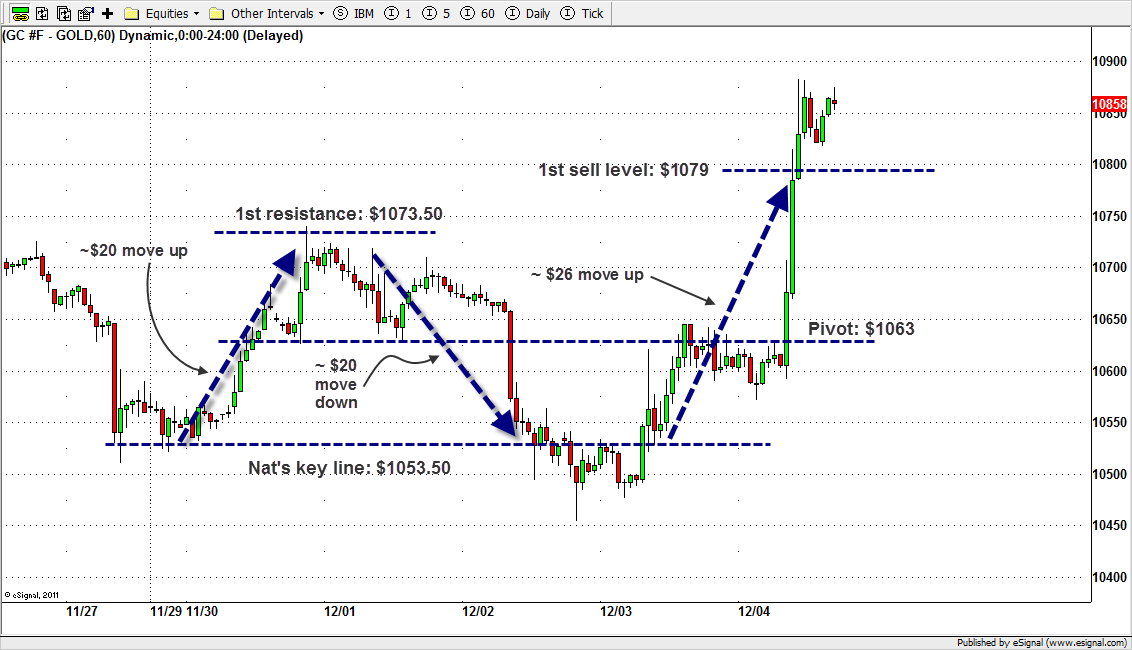 Based on the daily chart, the recent short-term downtrend channel was broken on Friday. GOLD not only regains control of the former broken support at $1072 level, it also managed to close above the short-term momentum resistance line for the first time since Nov. 29. The price action was bullish with high volatility. 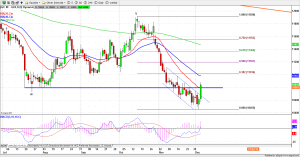 Because long-term and intermediate-term charts are all oversold, short-covering and profit taking could hold up the price up to the year end. If the price dips to any of the major support levels expect the buyers to show up.