GOLD had a nice bump in reaction to the Chinese Yuan devaluation. In addition GOLD also had an short-term oversold bounce as we predicted in last week’s trading plan.

The rally was sharp and quick, and provided excellent trading opportunities. There were at least two entry opportunities once Nat’s pivot was broken early in Monday overnight trading, and two excellent exit signals — including a retracement exactly to her sell level — for anyone who missed the first exit.

The trades this week were relatively simple, and well-signaled. The gross profit was approximately $2900 per contract for traders who followed her trades. Traders who went short at her first sell level also had the opportunity to pick up an extra $700 per contract.

Here is the annotated chart for last week: 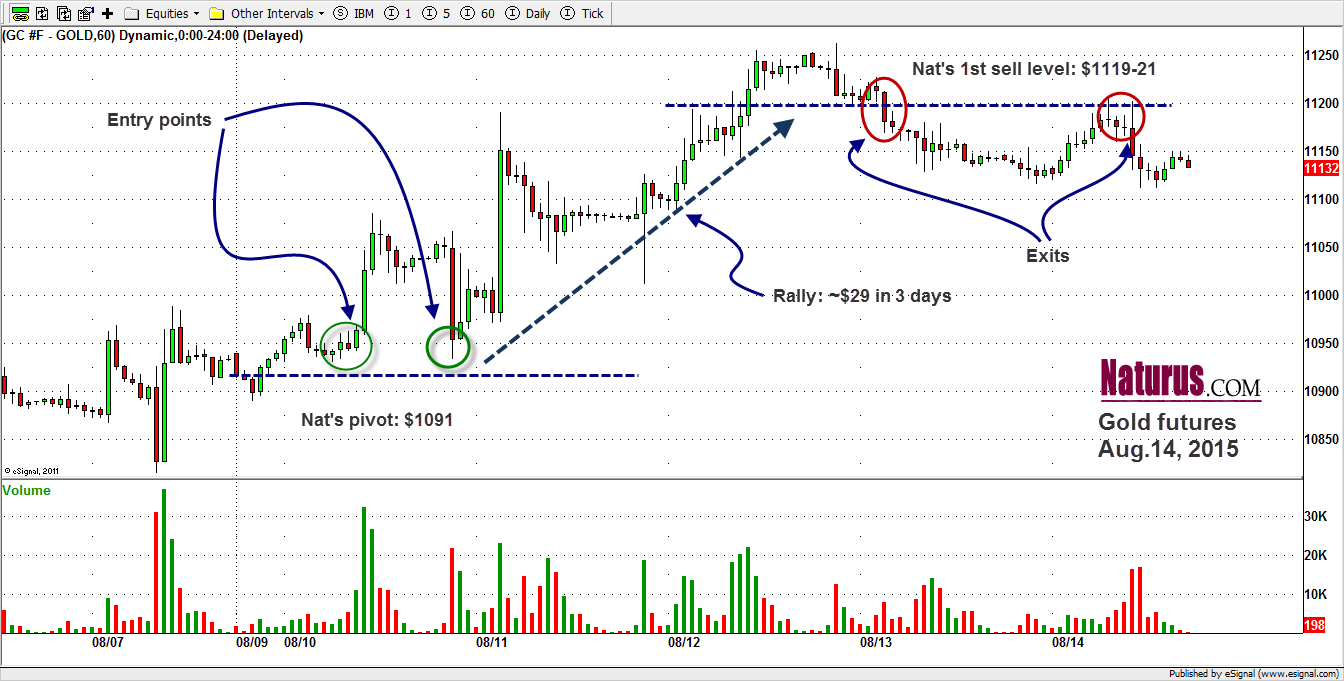 CNBC reports that global demand for gold has dropped to a 6-year low as buyers in China and India reduce their bullion purchases. This drop shows a rough road ahead for GOLD in the coming months.

However the weak demand and falling price might help hold the price up by tempting die-hard gold buyers — especially if there is some potential for increasing demand in the second half of 2015. The Chinese Yuan devaluation will make Yuan-denominated markets more attractive. 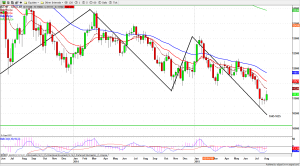 A move below it could cause a price drop into the 1093-90.50 zone or lower to last week’s low area 1085-82 for testing. See the gold trading plan for detailed entry and exit points.

The intermediate-term indicators remain in oversold territory while short-term indicators approach the overbought area. GOLD could move in both directions this week. 1150-45 is major resistance zone and 1080-75 is major support zone.