Last week, Non-farm payrolls came in at +215K, on expectations of +217K. The employment to population rate and the labor force participation rate were unchanged. The numbers gave neither confirmation of a September interest rate hike, nor did they rule it out. GOLD remains range bound, within a long-term downtrend.

For the second week in succession we had a narrow range – last week was the narrowest range (just a bit over $18) in a year – with explosive price action on Friday. Both weeks saw the price cover virtually the entire weekly range in a few hours in Friday’s trading, with the heaviest volume of the week.That heavy a concentration of trading at week’s end is a bit unusual; traders should be especially watchful this Friday.

The trading last week was essentially scalping a narrow range between Nat’s pivot and her first support level. The range for that trade was only about $10, but there were at least four chances at it from Monday to Thursday. On Friday the price moved through $36 in the space of four hours, starting in the pre-market session. Anyone who caught both ends had $3600 in potential profit that day. 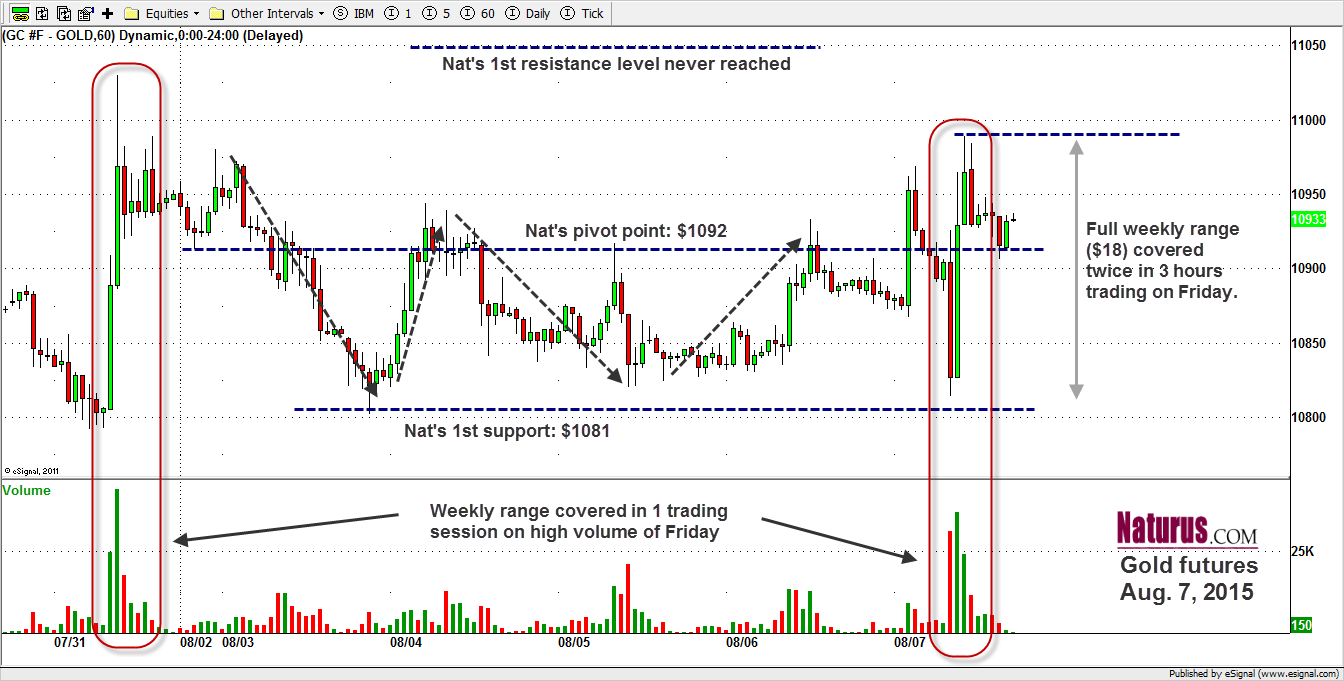 Last week GOLD had the narrowest range week since June 2014. Now the intermediate-term and long-term indicators are all in a deeply oversold condition. A short-term bounce or sideways move should be expected to ease this oversold condition. 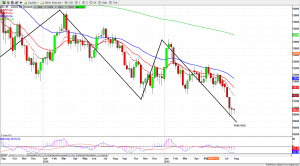 We still expect GOLD will go lower in the future, but there are some short-term movements we expect based on the current oversold conditions in all time-frames’

Market sentiment toward GOLD is very bearish at the current stage, and every bounce may countered later by sellers. But while a lower level is certainly possible and has been predicted, that doesn’t mean the price will definitely get there.
The price is approaching the fundamental valuation range.

The current decline has been closely correlated to the increase in the US dollar. As soon as GOLD divorces the US$ correlation, watch carefully for the movement of “Smart Money” into gold.