Last week, GOLD made a three-month high at 1232 on Monday, then pulled back down in anticipation of the CPI report. The Consumer Price Index (CPI), excluding food and energy, rose 0.3% in April, higher than the expected 0.2%. The main drivers were housing and health care costs. It suggests inflation may finally be heating up.

There were limited trading opportunities last week. The price did not reach Nat’s buy or sell levels. Instead after the new three-month high and the subsequent sell-off it remained inside a fairly narrow range with few decent entries.

If you managed to catch the decline from the Monday high, there was a decent move down. If you didn’t, you could have skipped the rest of the week and missed nothing.

If we look at a slightly longer time frame, Gold has been trading in a broad area between about $1175 and $1225 since the beginning of April. Last week the price broke above that area briefly and quickly pulled back into the box. 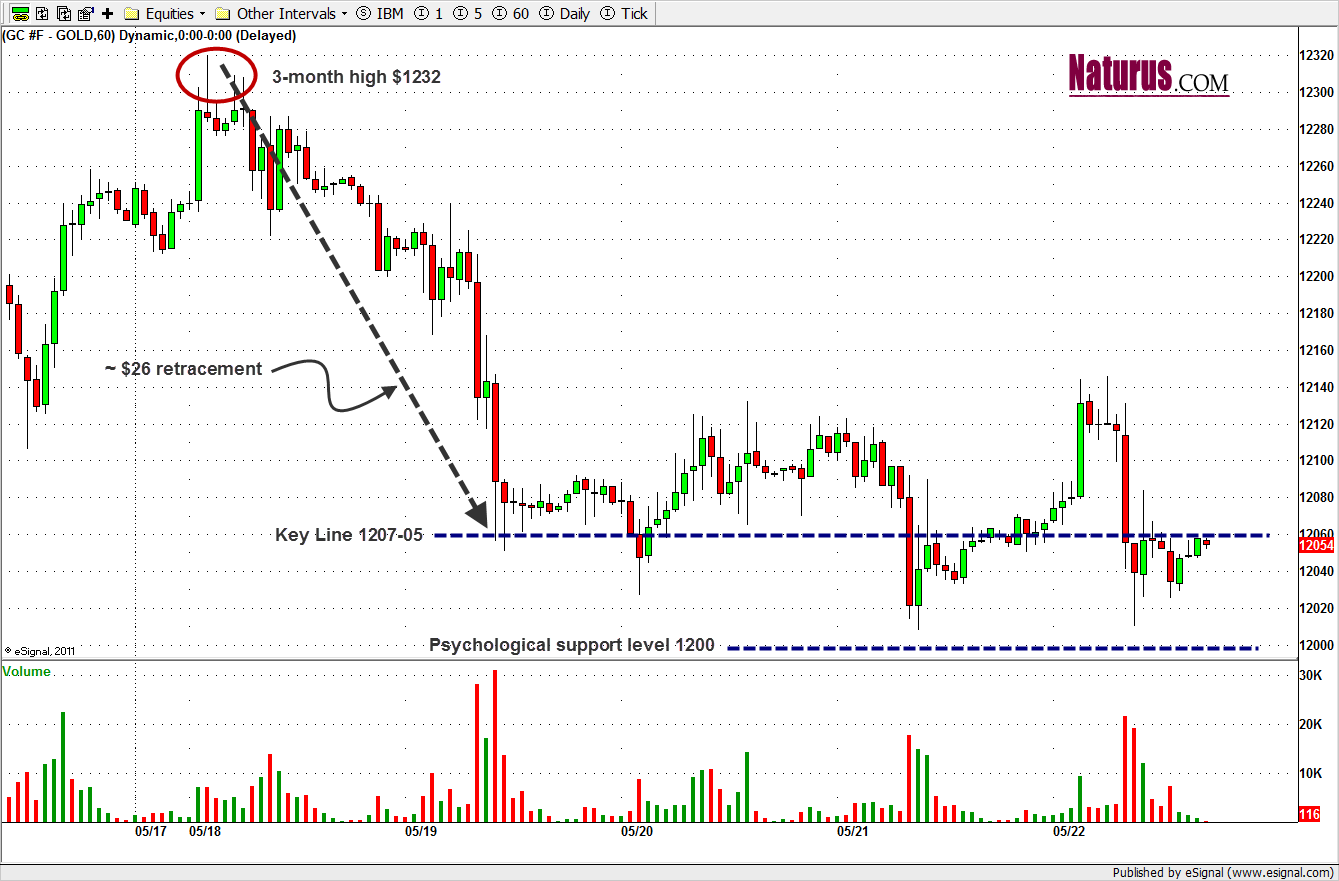 And here’s an extended time frame of the same chart, showing the intraday action back to March. The price action is clearly range-bound. We’re watching now to see if the range is broken. 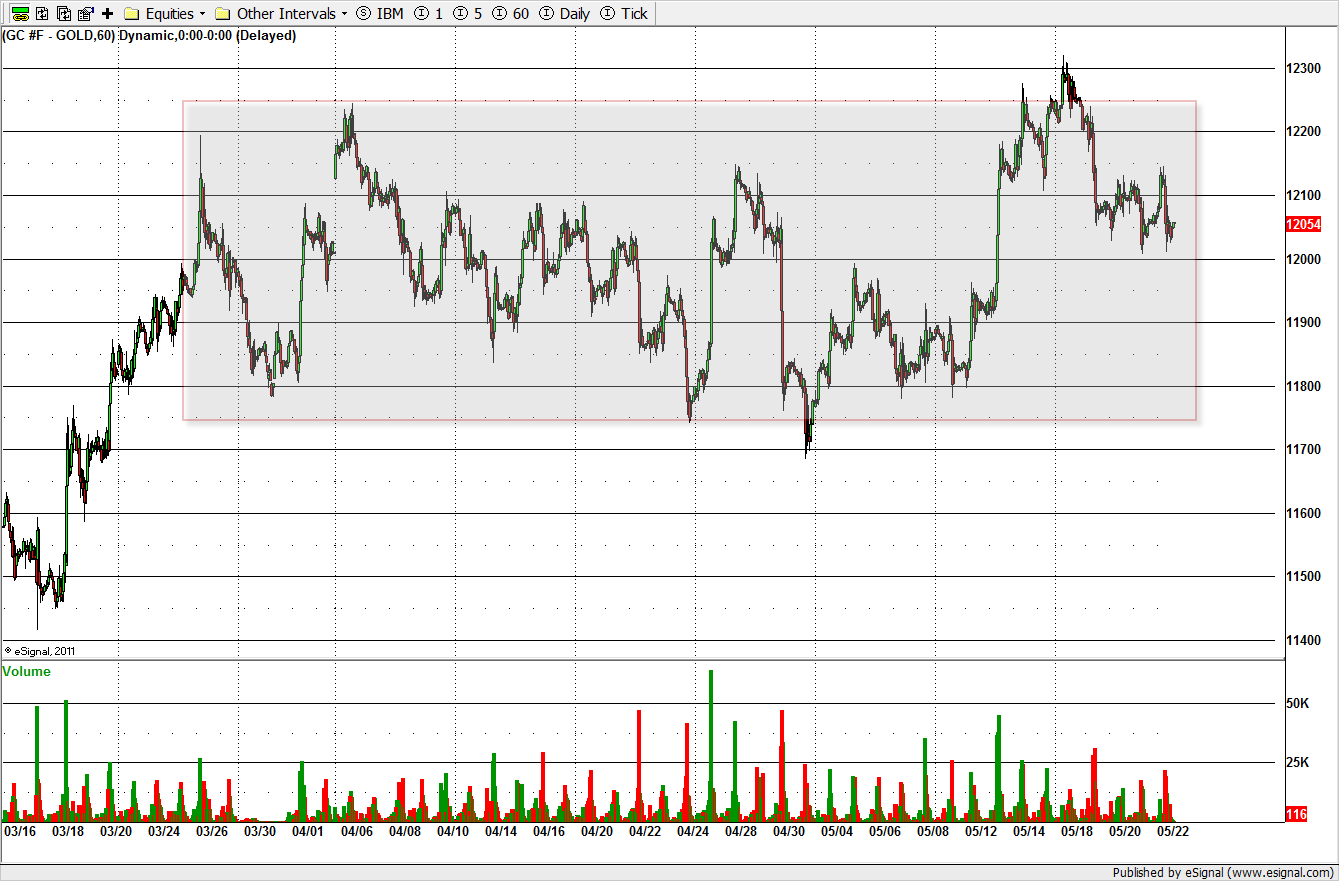 Initially this content is reserved for members, but published for general distribution later. Not a member? You can join here starting at $9 a month.

Here’s the gold preview for the coming week. You can download the full analysis here: 150525-gold 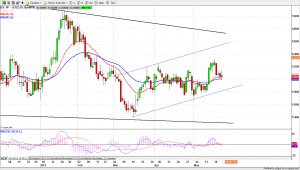 1200 is a psychology support. And below it, 1187.70-1192 is a key support level for this week. If this support zone holds up, Gold could rebound again. The daily momentum indicators (20 and 40-ema lines) act as a price magnet. The price should not go too far away from them, even if there is a decline this week.

The MACD indicator suggests that Gold was overbought last Monday. The retracement from the top is not excessive.

If the psychological support around 1200 fails to hold this week, our traders should pay attention to the short-term oversold condition if/when GOLD approaches the 1288-92 support zone. Gold is likely to bounce from those support zones and continue to consolidate around 1200 level.