Well that was easy. At the open the gold futures quickly dropped to within $0.80 of Nat’s key line (and first support level) long enough for everyone to get filled, then marched up to her second sell level at $1222, and moved past it far enough to ensure everyone could cover. Net profit for the week: about $42 per contract. It doesn’t happen every week, but when it does … sweet.

The breakout came on Wednesday on good upside volume after some disappointing economic activity reports, especially the retail sales numbers which were well below expectations. Other reports were also weak: Industrial production fell 0.3% in April, Empire State index rebounded to 3.1 in May and the University of Michigan consumer sentiment index fell to 88.6 in May. The weak data suggest that Fed may delay the interest rate hike from June until September, or perhaps later still. It brought lots of hedge activities into gold trading.

In last week’s preview we pointed out that the weekly chart had formed a doji near the bottom of an extended downtrend, a pattern that often presages a reversal of the previous trend. That’s what happened this week, but a doji is not always a reliable predictor of future market action. Treat it as a straw in the wind, not as a weather forecast. 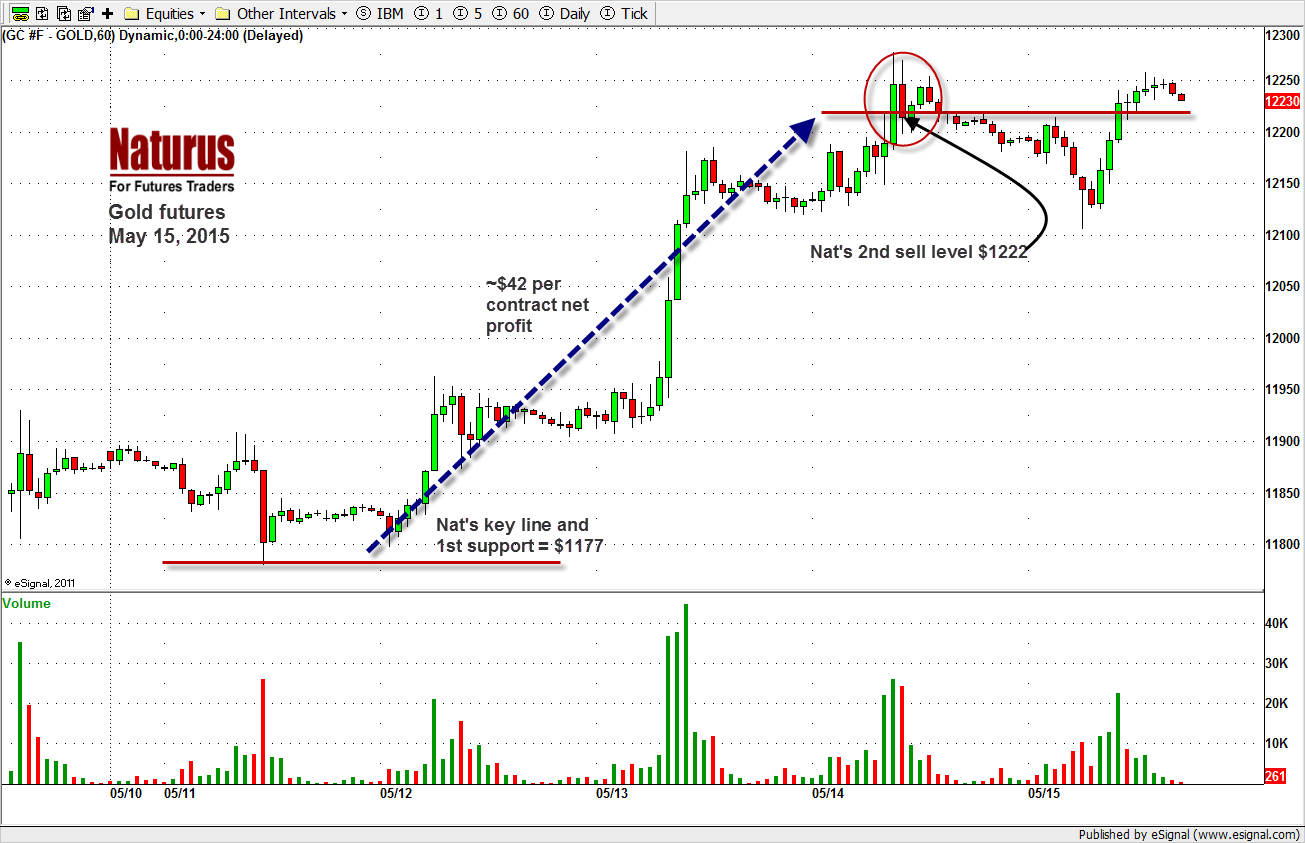