Last week was more of the awful same for the Bulls, but a lovely week for swing traders like us. The price hit Nat’s first resistance level on Monday and traded down virtually in a straight line to her first support level/buy level on Friday.

If you took the trade Monday morning and held it until Friday morning you collected about $40 per contract, which is a decent week’s profit.

In contrast to last week’s disappointing trading, when almost all of the price action took place during the overnight trading sessions, this week North America-based traded had every opportunity to profit. The price spike for the high and the price slump for the low both happened during the New York session.

For position traders the news was not so good. GOLD extended the weekly losses following unsuccessful Greece debt negotiation and a better than expected US jobs report for May. The price broke the short-term uptrend line and reached our weekly buying level at 1164 before it closed at 1168.10. At the end, it lost 1.8% for the week. 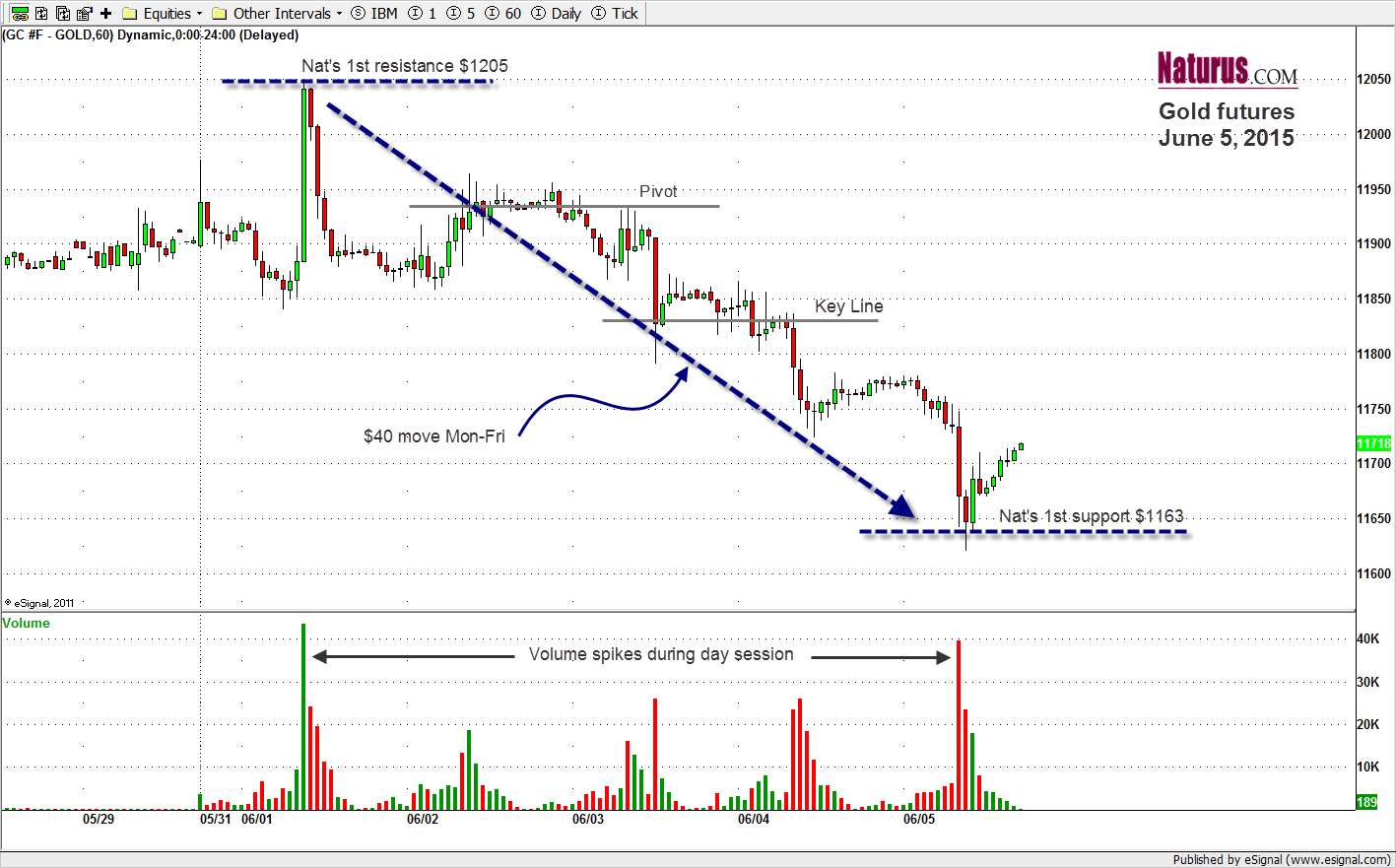 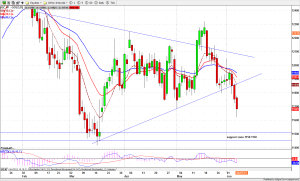 On the weekly chart Gold is in a downtrend, but near its 1162 decision level, which held up last week. This level will continue to be a key line for this week.

A move below it could lead GOLD down further toward 1150-53 to fill the unfilled gap at 1151.30, or lower toward 1130-35 to test last year’s low. But we will see the buyers there if GOLD approaches those areas.

Short-term momentum indicators are getting oversold. The bounce from there shouldn’t surprise our traders even though the trend is down in all time-frames.

The major resistance level is lying at 1206-04. Before GOLD bounces up to that level, it has to fight through the intraday resistance areas around 1185-80 and 1195-92 . The sentiment is bearish for GOLD, but the price becomes very attractive to buyers if it continues to move down.

Download the full analysis with the buy/sell numbers here: 150608-gold