GOLD bounced from its low after the FOMC rate announcement Wednesday. The Fed kept interest rates unchanged, which gave a big boost to the price of Gold. At the same time, the Greek debt drama also contributed to the two-day rally.

Last week Nat correctly identified the FOMC meeting as the main driver for gold prices, and warned traders to watch the inflection points. She wrote:

As the week progressed attention shifted to the mean line/pivot point identified in her members’ trading plan, which became support for the price and the break-out point for the move up. The stop run and volatility she expected showed up and moved the price to her second resistance level around $1203.

One developing pattern worth watching is the tendency of major price moves to occur while the North American market is closed. Last week again a major part of the move happened during the European trading. There was a good bump on Wednesday (June 17) after the 2:00 pm FOMC announcement declining an immediate rate increase, but fully two-thirds of the move occurred while the new York market was closed.

By the time the US market opened Thursday the move was over. However traders who entered at Nat’s mean line/pivot point and held the position until Thursday captured about $23, or $2,300 per contract.

Here is the annotated intraday chart: 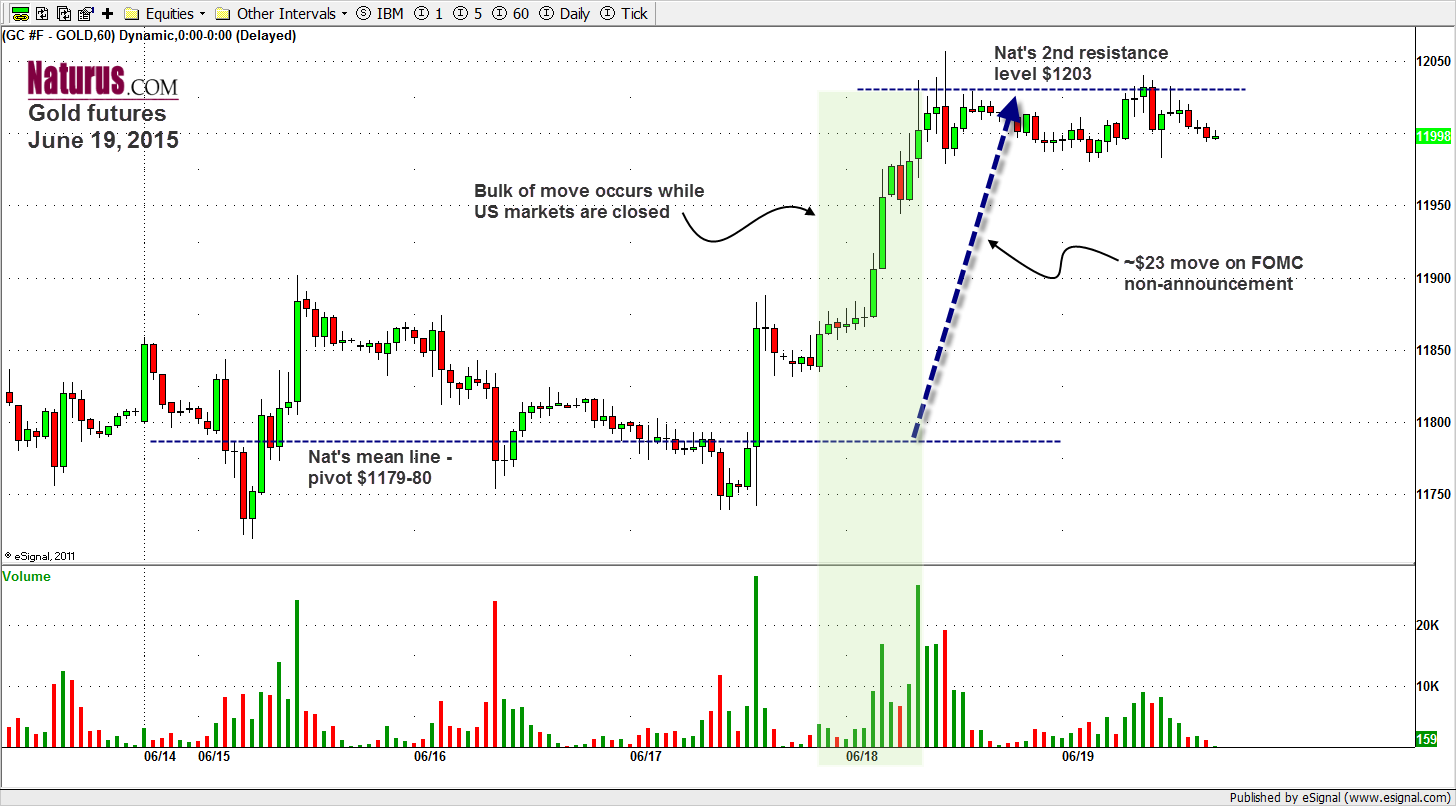 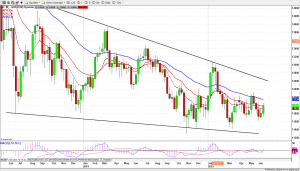 The talking between Greece and its creditors will continue to influence GOLD price moves this week. There is another “emergency meeting” of the Eurogrouup Finance minsters scheduled for Monday. If there is any further hint that Greece will default on the payment due June 30, it could set off a chain reaction for Europe and possibly the global economy.

The Daily chart has a small overbought condition, but the intermediate-term still has some room for an upside move. We may see Gold pull back to last week’s low area 1172-68 early in the week. Nevertheless buying on the dips will be seen and new buyers will help to hold the price up.