It was a pretty slow week for gold. The market opened barely above the psychologically-important $1200 level and declined from there. It gapped down $20 during the Memorial Day holiday, when US markets were closed, and barely moved back up for the remainder of the week.

The volume was low, as traders moved out of the June contract and into the next forward month. The range was narrow, barely $25 for the week, and essentially flat after the weekend dump. This is the second week with the best trade occurring early in the week, and the market going flat thereafter.

For the week ending May 29, there was a sharp, sudden decline and recovery in the mid-week period and it is possible some nimble traders captured a maximum of $10 on the move. But for all realistic purposes the futures were untradeable last week.

The sell-off before Tuesday’s open may have been connected to the release of generally disappointing US economic data. The fear of a Fed rate hike in September rose. A weaker than expected GDP report on Friday gave some small comfort to gold Bulls, but the market barely held above its major key zone 1178-1184. 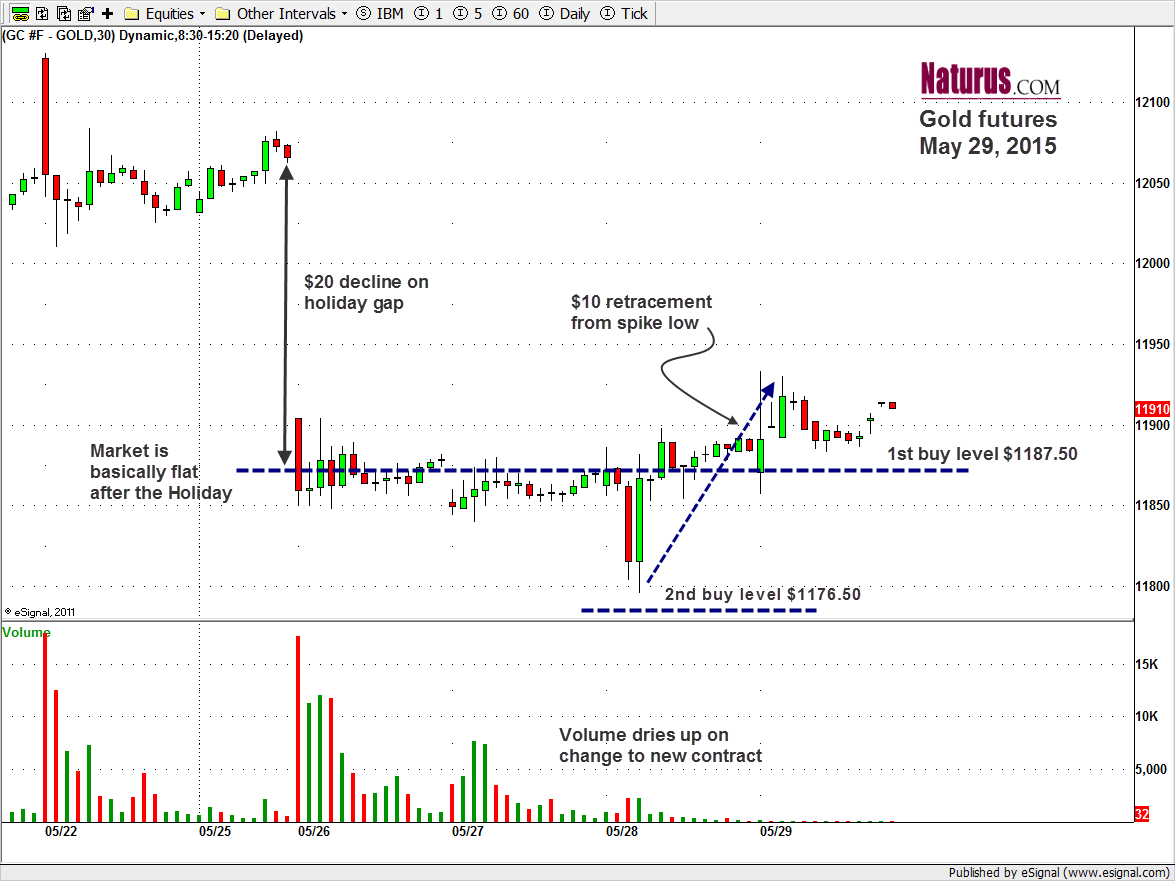 Here’s the gold preview for the week of June 1. You can download the full analysis here: 150604-gold-plan 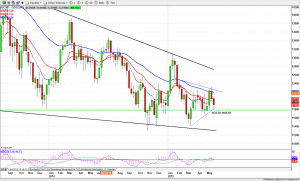 Gold has benefited from the uncertainty in the financial market around Fed next move – when, and if, it will start raising interest rates. If Fed does raise the interest rate in September, GOLD price is likely to suffer from it. Now that GOLD has lost the 1200 psychology support, 1178-82 zone becomes a key zone for this week. A move below 1175 level will be bearish. A further decline to test last month’s low at 1168.40 area is likely to be seen. Holding above it could push price up to 1200 level.

The MACD indicator suggests that Gold had an ultra-short-term oversold condition last week. But intermediate-term and long-term indicators still have some room to move down, which could keep GOLD under the 1200 level.

However, as long as the price stays above 1178-81 zone, GOLD still can have a small bounce.