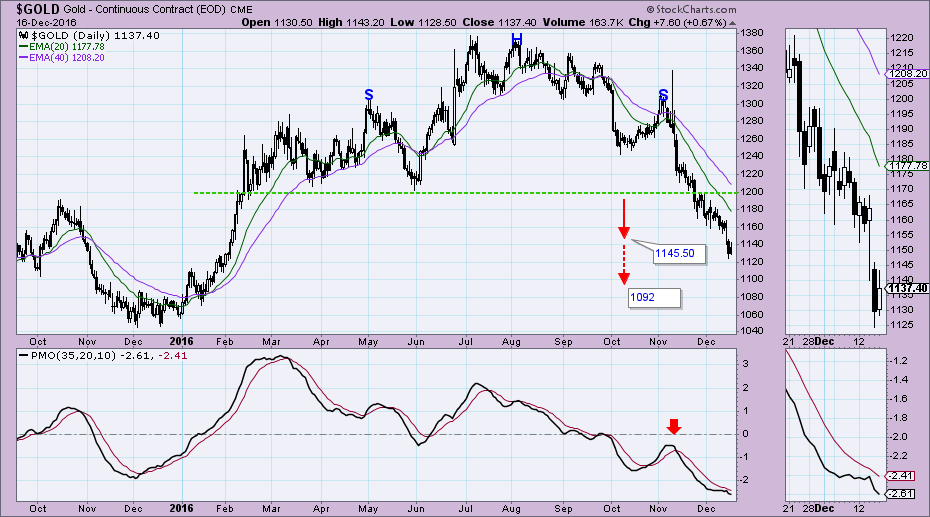 Holiday publication schedule Nat will not publish any market analysis during Christmas week. We’ll resume the regular schedule after January 1, when we will also be offering Nat’s annual half-price sale, as well as some important improvements in the way she prepares her analysis. You won’t want to miss it! Last week The Fed raised the interest rate by 0.25% this time, and proposed three more hikes in 2017. GOLD sold off after the Fed Policy announcement and broke below the $1150 level for a lower close. Last week’s trades Another … END_OF_DOCUMENT_TOKEN_TO_BE_REPLACED

Last week Gold continued to decline, but in slow motion. It managed to hold the price above $1150 level, which is very near our first downside target at $1145.50. The short-term selling could get exhausted soon. Last week’s trades Solid, clear, straightforward trades in gold this week. The market reacted almost exactly as expected, and Nat’s trades booked good profits for early traders, and generated even better returns for those who stayed active to the end of the week. There were two clear trades last week. The first began in … END_OF_DOCUMENT_TOKEN_TO_BE_REPLACED

Last week Gold had a little short-covering and ended higher last Friday after the non-farm payroll report showed a 4.6% unemployment rate, down from 4.9% in Oct, the lowest level since August 2007. In addition the Italian constitutional referendum this weekend also encouraged shorts to cover to avoid any unexpected volatility. Last week’s trades The trade last week was fairly clear. The price started the week right at Nat’s key line and lingered there until Wednesday, when it dropped sharply. It never quite reached Nat’s first support level $1159, but … END_OF_DOCUMENT_TOKEN_TO_BE_REPLACED