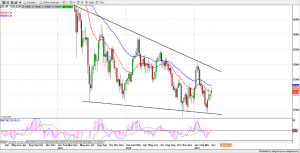 GOLD has been traveling inside a well-defined range 1235-1180 for the past two weeks, with a potential double bottom pattern forming.

But market sentiment favors the buy side.

To see the full analysis including the buy/sell numbers — free for the last time this week —  download this file: 150413-gold

Last week GOLD had a wild move. It gapped up strong Monday, then sold down for three days, but rebounded smartly on Friday to retrace more than half of the decline and close modestly higher for the week. The market was greatly influenced by Dovish remarks by key Fed members last week suggesting interest rate hikes might be delayed.

Friday’s action may result from short-covering, but the long-term bias remains to the upside, given the market’s expectation (still) for an interest rate hike in 2015.

Nat’s trading plan last week captured the top of Monday’s rally, and the weekly pivot nicely marked the bottom of the decline. Traders using those levels for entry and exit realized a gain of $3000 on the big contract.

Here’s the annotated intraday chart showing April to date and the buy/sell levels for next week:  30-minute bars. 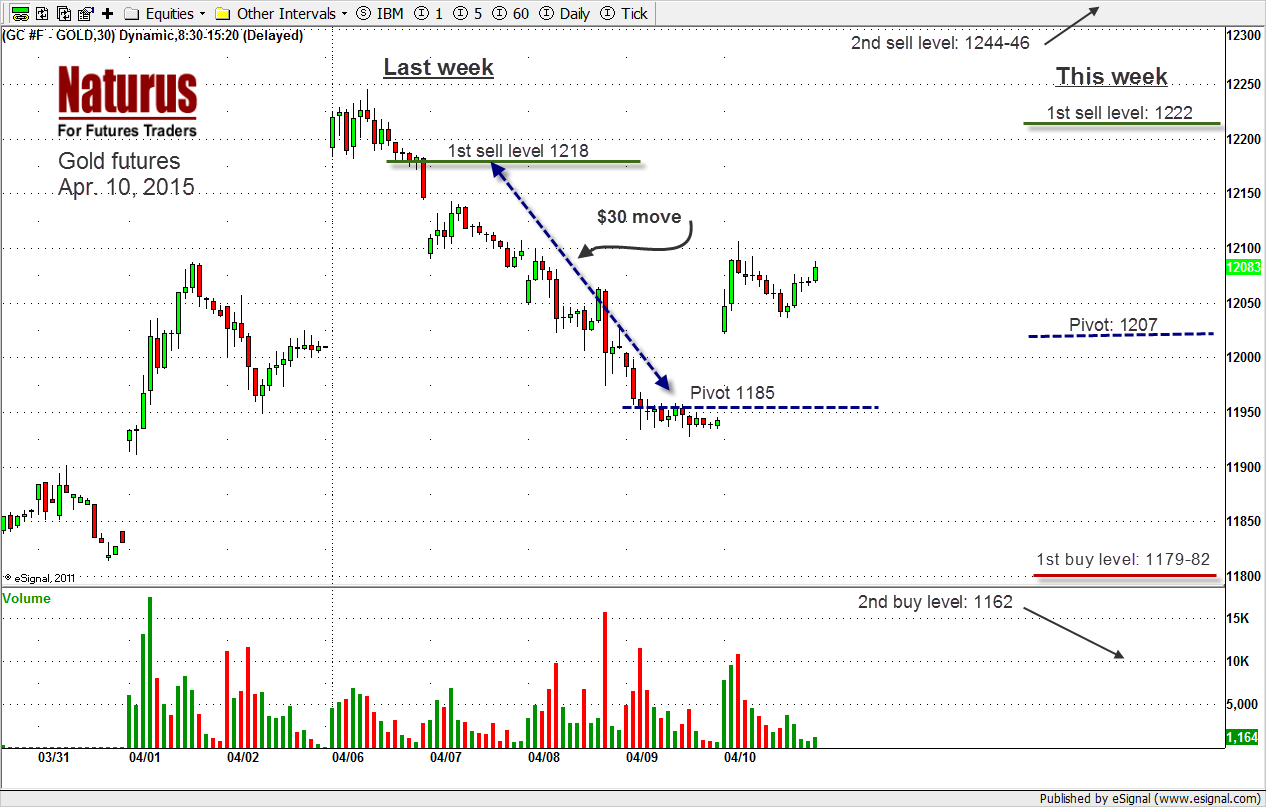