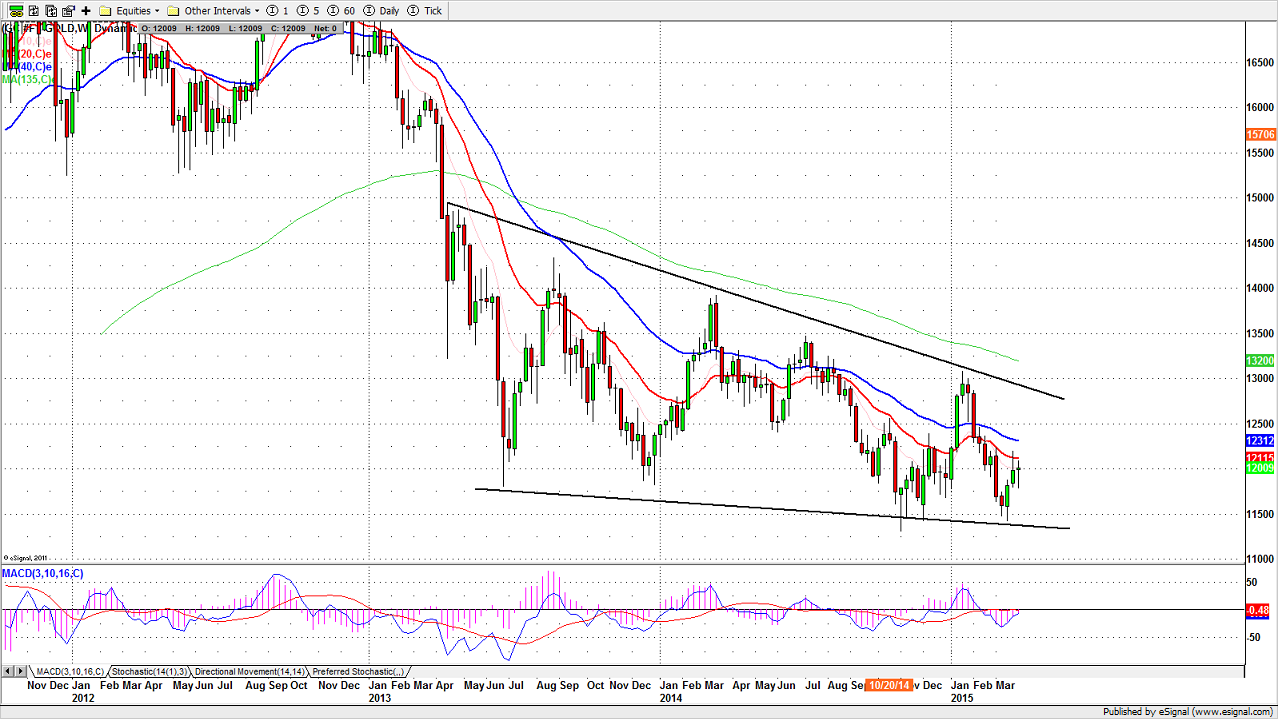 The daily and weekly indicators are mixed up, but the weekly chart shows a potential double bottom pattern. There are two major resistance lines ahead at 1217.50 and 1231.50 area. GOLD needs to overcome those two resistance lines to form a solid double bottom bullish pattern. A failure to break through could lead GOLD back down to retest the 1160-1140 zone again.

1185.50-86.50 remains a key zone for this week. The price is largely influenced by speeches and remarks by Federal Reserve members. This week’s range should be about $30-$40 again.

To see the full analysis, including the buy/sell numbers, download this file: 150406-gold

Last week GOLD had a small pullback early in the week and bounced back on Wednesday after a speech by Jeffrey Lacker, president of the Richmond Federal Reserve Bank. Lacker has previously said he favors a rate increase in June and has criticized the stimulus program. Expectations for higher inflation estimates contributed to the renewed interest in GOLD in the last two days of the week.

The price had stalled at Nat’s key level at the end of the weekend and dropped directly to her first buy entry at $1179. It then rallied in the last two days of the week – the first major trading in the new contract – for a nice $25 gain for the traders who took her buy signal. 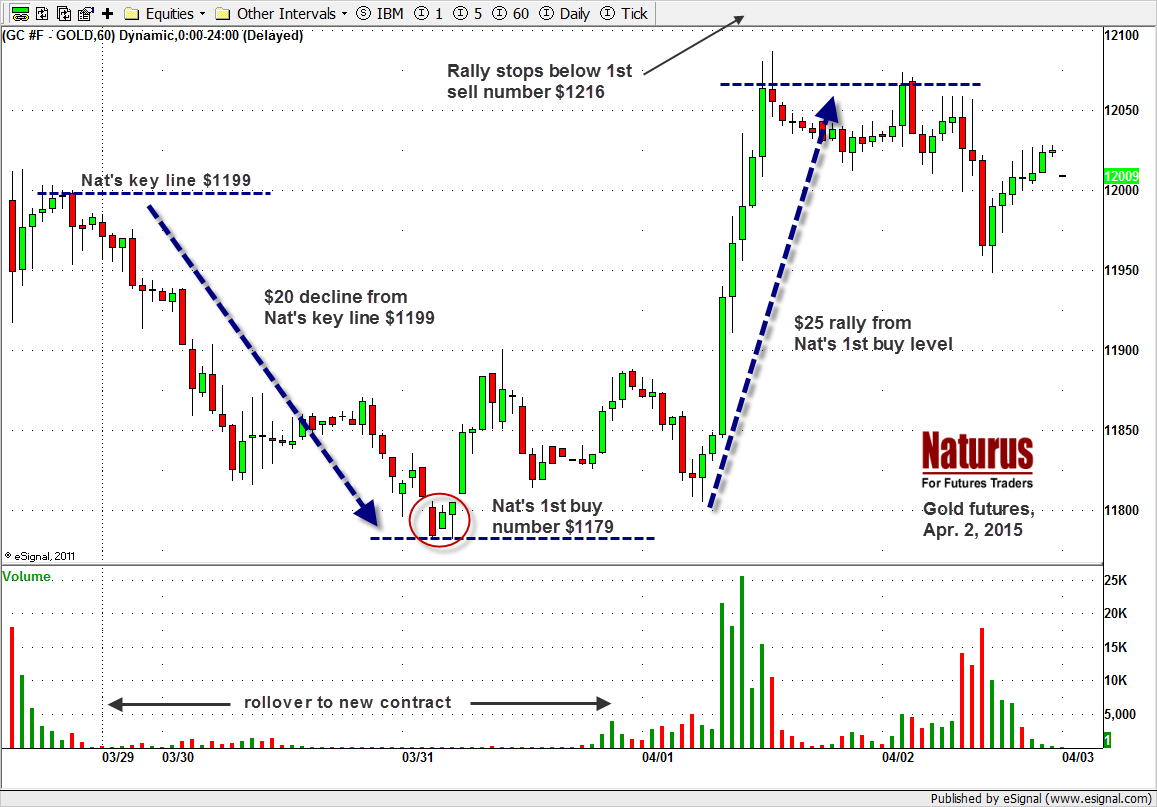